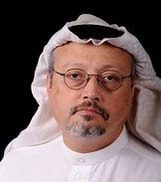 Wallace S. Bruschweiler, Sr.  is a quadri-linguist and subject matter expert in counter-terrorism and national security issues. He has over 30 years’ experience operating in Europe, Middle East, and North Africa. He is a results-oriented security executive, analyst, strategist and problem-solver with extensive expertise and 30+ years of achievement in complex domestic and international security and intelligence situations in a range of venues. He possesses broad cultural knowledge and awareness, derived from worldwide first-hand experience. Mr. Bruschweiler is a fluent speaker, reader and writer of English, French, German and Italian, and a conversational speaker of Russian.

William Palumbo is a New York-based Political commentator and columnist focusing on international affairs and their effects on US policies. With security consultant Wallace Bruschweiler, he regulatory co-authors articles pertaining to US politics and counter-terrorism. William is also a full-time consultant in the financial services industry.

Previous PostLessons Taken from the Recent U.S. Election M...
Next PostWe the People … FOR DUMMIES