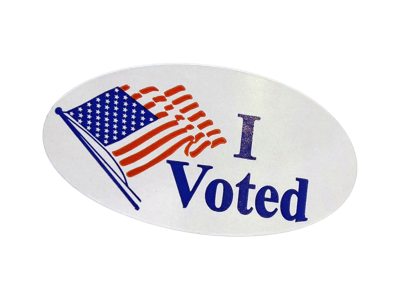 Another November, another Election Day debacle.  Leave it to the State of Florida to once again (think Bush v. Gore) expose the severe shortcomings of the American election system.  Though, to be fair, it isn’t only Florida; Arizona and Georgia are also in the proverbial “big soup” this time around.

The point of this article is not to systematically condemn the American election system, nor detail its deficiencies.  As any observer is painfully aware, there are legal, partisan, and political reasons why the system remains – basically – broken.  Nor shall we evaluate any contemporary claims of voter fraud; for these arguments will be lost and won by an army of lawyers, sent from D.C. to the states which have bungled yet another political election.

For the sake of both completeness and brevity, listed below are some broad complicating factors of the U.S. electoral system:

Rather than focus on the various problems, we seek here to present examples from other countries where the election systems do work, for context and fermentation of ideas domestically.

A Look around the World

With the notable exceptions of Australia and the United Kingdom (two English-speaking countries), each one of the above countries requires a form of identification to be presented by the voter.  With the exception Japan, voter turnout is significantly higher in these countries than in the United States (25-35%).  Countries with compulsory voting – Australia and Brazil – unsurprisingly have the highest voter participation – 90% and 79% respectively.

Furthermore, the authors searched for recent examples of voter fraud in these countries, and were unable to find any eminent instances.  Unlike the United States, which has had multiple prominent election problems that have made international news, a comparable example among the countries analyzed cannot be readily identified.  Indeed, a U.S. level of election shenanigans seems to be reserved for what we typically call a “banana republic.”

A Divided Country, Embarrassed on the World Stage

Ever since the Greeks invented democracy in ancient times, societies have been voting.  From a technological standpoint, it is a very basic procedure.  Even Iraq, practically ravished by wars since the 1980s, votes using a straightforward and understandable process: ink on the index finger identifies each one who has cast a vote.

Not only do contested and contentious elections further exacerbate an already divided country, but they are a black mark on the reputation of the United States on the international scene.  Allegedly the leading country in the world today, it is almost impossible, for our allies and foes alike, to comprehend how we cannot even master a task so simple as a routine election.

Perhaps instead of sending two opposing battalions of lawyers to litigate the vote counting, it is time for meaningful reform that addresses both voter participation and the integrity of each and every vote.