Comparing the Bolshevik Revolution with Today’s Antifa and BLM Movement 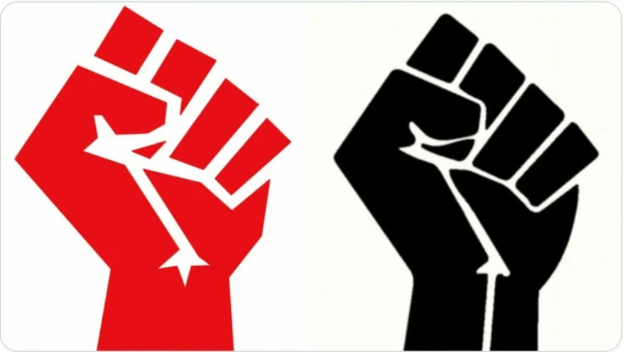 Ever since George Floyd was killed by Minneapolis police on May 25th, the United States – and to a lesser extent the Western world – has been up in arms, so to speak, allegedly about racial disparities and police brutality.

Now that the public has had nearly four months to observe their activities, we know that the so-called “protest movement” is an utter sham.  More precisely, the “protests” are a cover for something else.  The rampaging duo of Black Lives Matter (BLM) and Antifascists (Antifa) – the two most identifiable “protest” groups – prove with each passing night that they are purveyors of hate and architects of destruction, murder, general chaos, and political boots on the ground.

Let us examine today’s “protesters” and compare them to other movements in modern history.  In reality, these “protesters” are a fifth column whose only discernible ideology is Marxism-Leninism.

The “Protesters” of the Past

In February 1917, a revolution that had been brewing for decades entered its final stage, as the Bolsheviks (and other allied communist groups) forced the abdication of Russian Tsar Nicholas II.  For the next several years Russia was engulfed in a civil war, pitting the Communists against the “White Russians” (traditionalists who supported the monarchy).  Following Communist victory, it took until 1991 – more than 80 years – for the Soviets to finally rid themselves of the “workers” regime.  In the meantime, Communism killed and enslaved tens of millions worldwide.

Yet the allure of Marxist-Leninism is strong.  Indeed, Russia’s descent into the darkness of dystopian tyranny was not enough to prevent European malcontents from attempting to replicate the Soviet Union in western Europe.  During the 1970s and 80s, Europe was plagued by Marxist-Leninist terrorists intent on revolution.  Each country had their own “distinct” terrorist groups, although authorities later realized that they were not only connected to each other, but actively cooperating strategically.

For those unhappy with society for whatever reason, the Marxist-Leninist ideology is perennially attractive. Today’s violent Left – socialism – animated by Marxist-Leninism, shares many parallels with its predecessor movements.

For the record, both China and Soros back Joe Biden.

Where do we stand at this point in history?  It’s said that the definition of insanity is doing the same thing over and over again and expecting different results.  Ignoring the harsh and brutal reality of Communism in the wake of the Bolshevik Revolution, terrorists tried to topple Europe and establish their own “workers’ republic.”  But for the dedication of European governments they would have succeeded.  Today, a modern-day socialist, Marxist-Leninist movement has metastasized throughout the US and its political system – we have to stop them in their tracks!