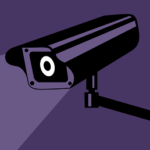 This article is addressed to the public in general, but especially the media, i.e., journalists who should know better but don’t.

Last week, WikiLeaks released classified documents relating to CIA-funded surveillance programs and techniques.  Under the codename Vault 7, Julian Assange’s organization has so far disclosed only a small fraction (1%) of the total documents, which they claim to be the “largest intelligence publication in history.”  The “Year 0” release contains 7,818 web pages and 943 attachments.  (You can view the entire Vault 7 ‘Year 0’ collection here.  For a good overview of what Vault 7 consists of and some potential implications, follow this link.)

Some of the more sensational activities documented in Vault 7 explain how the CIA has retained, through electronic and programming loopholes and proprietary technology, an ability to remotely activate a variety of personal electronic devices, enabling them to – for example – listen to private conversations within earshot of your smartphones microphone.  Ostensibly, this is also true for cameras (e.g., on your smartphone phone, laptop, iPad, on your television).

For many Americans, this news comes as an unwelcome surprise.  Before we continue, let’s pause and examine whether the public outcry is justified.

You’re being listened to, recorded, and watched – and have been for a while

1984 is not fiction, it’s fact.  Electronic surveillance (or ELINT, electronic intelligence) is nothing new – it’s old.  Phone and all other transmission lines have been wiretapped for decades at least.  America, and our enemies and allies alike, spy on each other literally constantly.  You shouldn’t be surprised.  All governments surveil their domestic population for a variety of lawful, well-intentioned, and important reasons.  For example, to combat organized crime, the drug trade, and also counter-terrorism.

If you were born after 1950, wiretapping has been pervasive (yet likely unnoticed, in the background) for your entire life.  Unless you’re a criminal (or just plain paranoid), it’s highly unlikely these methods were ever of personal concern to you.  It’s totally unlikely that the FBI, CIA, NSA etc. ever bothered to listen to, much less analyze your chit chat.  The extent to which the average person’s  phone calls, emails, or internet usage, Facebook, Twitter, Google, etc. are scrutinized is in the form of metadata, i.e. global data used to determine norms, from which aberrations of interest can be identified and selected for further analysis.

There’s far too much data generated daily for even an army of intelligence analysts to review in any detail.

You get what you pay for (and even more)

“An army” is not an exaggeration.  Let’s take a look at some figures related to Vault 7 and, more broadly, the entire intelligence community.

Please note that the figures below are estimates, as exact figures are classified.*

With all of that money and all of those people, what does the public think they should do?  The security of the nation relies on the ability to discreetly collect accurate information by all means available, many which seem futuristic.  With $25.3 billion per year (2013) spent on data collection alone, we can expect and should demand that the CIA and NSA develop novel and sophisticated technological tools, and use them at their – legal – discretion.

A word should be said to differentiate between capability and usage.  Vault 7 proves that the CIA has the ability to electronically surveil anyone they wish to.  However, so far there is no proof that these programs are widely and systematically abused to target the innocent.  There are numerous legal protections in place that protect the public, such as the need for court warrants and the FISA court itself.  Again, the average member of the innocent public will never be affected by government surveillance.

Of course, the CIA and NSA don’t work in a cocoon.  Their international counterparts are linked via programs such as CRUCIBLE, ECHELON, Perseus, TREMOR, UMBRAGE etc.  There is also a significant involvement in private sector, to the point of active investment in emerging HAL 3000-type technologies.

Enter In-Q-Tel, established in 1999, at the peak of the dot-com boom.  (Maybe “global warming” pundit Al Gore really did invent the internet after all?  After all, who knows?)

Officially, independent from the CIA, In-Q-Tel “invests in high-tech companies for the sole purpose of keeping the Central Intelligence Agency, and other intelligence agencies, equipped with the latest in information technology.”  Think “Q,” the techie character from James Bond.

Founded by a former Lockheed Martin executive, the portfolio of this company reads like an encyclopedia of modern information technology.  Consider: they’re behind companies/technologies such as Google Earth, Palantir Technologies (Peter Thiel’s company), automatic language translation, geospatial imaging, virtual reality, search engines and malware protection, and many, many others.

Studying an organization like In-Q-Tel, it is easy to see how high tech military and intelligence investment helps drive technological progress.

Recently, FBI Director James Comey was quoted as saying there is “no such thing as absolute privacy in America.”

Noting the considerable outcry by the public at these revelations, Julian Assange has offered to work with hardware manufacturers and software companies to address bug fixes and shortcomings outlined in Vault 7.

For all Assange’s critics, and there are many, this move is telling of his motivations: like thousands of other privacy advocates, he genuinely believes in real privacy.  He acts out of personal conviction, without greed, and is totally apolitical.

This may come as a surprise to our readers, but the leaking, release, and dissemination of Vault 7 should be viewed in a positive light.  While the leaking of this classified information does pose many risks and questions, now that it is available for public scrutiny, why not look on the bright side?

We now have incontrovertible proof that the United States and closest allies have the tools to not only fight, but decisively defeat, our various enemies.  The intelligence community should deploy these tools to their maximum potential against all those who seek to do us great harm and destroy us.

We possess the technical and imaginative abilities to achieve victory and should aim for total surrender.  Time to take off the gloves!

Waiting for the next chapter of this unfinished technical/political saga…