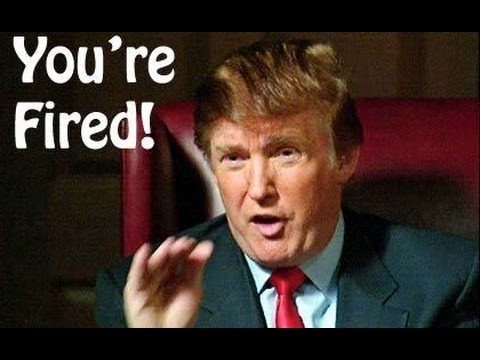 Political sabotage will continue to threaten President Trump until he finally acts decisively.

Another week passes, another slew of devious political attacks on President Donald J. Trump by political operatives inside the government.  Regardless of legalities, politically motivated leaks are being routinely and systematically fed to the hostile news media.  The illegal leaking of damaging and/or embarrassing information puts President Trump’s administration perpetually on the defensive, therefore unable to really focus on their agenda and enacting the policies that were promised on the campaign trail.

This behavior by government insiders (saboteurs) demonstrates the attitude of those who served in the Obama administration: the end justifies the means.  Niccolo Machiavelli would be very proud.

The latest leak emanates from the Department of Homeland Security.  A source within DHS passed an intelligence assessment memo to MSNBC’s Rachel Maddow.  In it, the memo claims that citizenship is not a determining factor in likelihood of radicalization.  Implied from this memo is that the administration’s travel ban, which Maddow erroneously calls a “Muslim ban,” is an ineffective strategy to prevent further terrorist attacks.

Furthermore, this weekend we learned that the Obama administration ordered the wiretapping of Trump Tower and Donald Trump’s cell phone.  In order to wiretap a U.S. citizen, such a request requires authorization from the Foreign Intelligence Surveillance (i.e., FISA) court.  Indeed, the permission was seemingly granted on the second request by the FISA court, likely under the pretense of monitoring communication between the Trump campaign staff and certain Russian nationals.  While news continues to break with respect to this developing story, Trump’s former campaign manager Corey Lewandowski alleged that then-Senator Jeff Sessions was also wiretapped by the Obama administration.

You don’t need a doctorate in European history to recognize that politically motivated eavesdropping is a tactic of totalitarian states.

In light of the latest revelations, we would like to submit a few pointed questions to the Trump administration:

It is evident, plainly, that the former administration – including Barack Hussein Obama, Valerie Jarrett, Loretta Lynch, George Soros, etc. – hold Machiavelli’s dictum in high regard.  The end justifies the means.  By providing the media with fodder that militates public opinion against Trump and his cabinet, they are in effect paralyzing him as President.

The End Justifies the Means

In this case, the end rightly justifies the means.