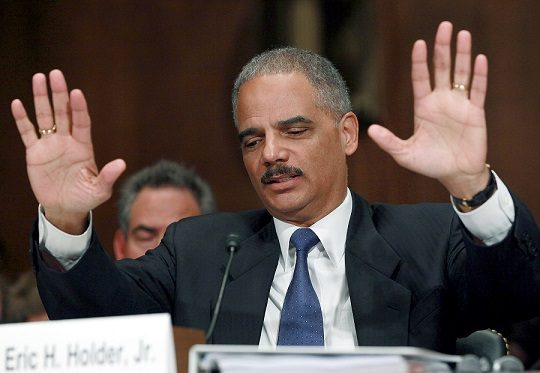 King Henry IV, when converting to Catholicism to reunite a fractured France, famously stated “Paris vaut une messe” (Paris is worth a mass). Is the United States worth John Podesta’s “hacked” emails? If you ask Senators John McCain and Lindsay Graham, apparently John’s emails are worth risking war with Russia. In pushing this idea of “Russian hacking,” many in Congress have lost all sense of proportion – and, we might add, a basic grasp of the facts.

Internationally, President Elect Donald Trump has decisively turned the page in the Middle East. While there is speculation that Israeli Prime Minister Netanyahu may attend the inauguration, Trump’s team recently told the Palestinian Authority, “There is no Palestine, Jerusalem is not your capital.” After eight years of propping up terrorists, isn’t that refreshing?

And California, the legislature has hired no less than Black Panther Eric Holder to defend them from the incoming administration. Trump’s plans, it seems, do not include accommodating rogue states and cities who ignore federal immigration laws and harbor criminal aliens.