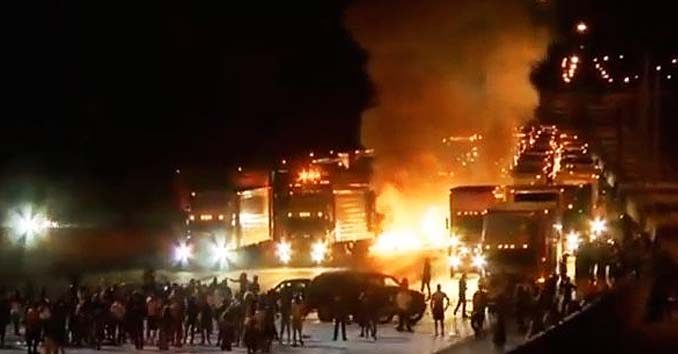 Each passing week brings us closer to the most critical election of our lifetimes, and with each passing week we learn vividly what is actually at stake.  Monday’s debate promises to be the most watched in the nation’s history, and why not?  As Obama finishes his eighth year in office, the United States is practically disintegrating under the weight of terrorism – from both jihadis and faux civil rights groups like Black Lives Matter.

Last weekend and into Monday morning, a would-be mass murder planted a series of bombs across New York and New Jersey.  Only dumb luck spared the lives of perhaps dozens of innocent civilians.  This week, so-called protesters terrorize an entire city, allegedly in solidarity with victims of police violence.  Yet the facts matter little to these people.

Abroad, the world moves on and new alliances and realities continue to reshape our world.  In the Middle East, Egypt takes center stage as El Sisi meets with global leaders.  And, as usual, the United Nations cannot help itself from criticizing the only democracy in the region – Israel.