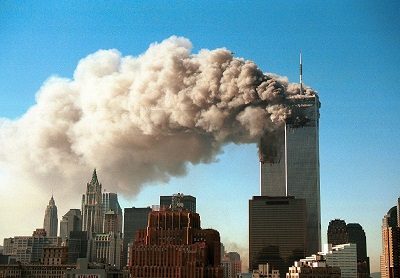 Two-thousand nine-hundred and seventy-seven people were murdered 15 years ago today on September 11, 2001.  In succession, two planes attacked the Twin Towers.  A third plane smashed into the Pentagon.  A fourth plane which was supposedly headed for the Capitol Building or the White House was intercepted by heroic passengers.

Fifteen years later, America’s response to the attacks is still lacking and in many cases amateurish to say the least.  In each case below – immigration, intelligence, and militarily – successive administrations, and particularly Obama’s, have exactly reversed the policies required to win the war against and eradicate “radical Islam.”

The 9-11 Commission recognized that the 9-11 attacks were possible, in large measure, due to a malfunctioning immigration system.  The Commission’s recommendation included specific enhancements to immigration policies and security measures.  Congress and several federal agencies have also recommended changes to streamline immigration security.  Below are select key recommendations and their status as of today.

Another area that the 9-11 Commission focused on was the failure of American intelligence.  The key recommendation was to ensure better inter-agency communication, so that synthesis of information on potential threats would be possible and immediately shared.

9-11 led directly to wars in Afghanistan and Iraq.  While the Bush years were characterized by misguided policies that made total victory impossible, the Obama administration delivered victory to the enemy.

Today is also the fourth anniversary of another 9-11 attack.  In Benghazi, Libya, four Americans were killed when an Islamist militia, sent and/or ordered by then-Egyptian President Mohamed Morsi, attacked our consulate.  The State Department and Obama administration did not respond, regardless of the fact that crack units in the vicinity could have changed the sinister outcome.  For the first time in modern history an American ambassador, J. Christopher Stevens, was killed.  We should ask ourselves: Is Libya today better off than it was under Gaddafi?

This brings us to our final topic for comparison.

There was a palpable national resolve following the slaughter of innocents on 9-11 to punish the jihadis and their sponsors.  Today, as a country, can we claim any resolve whatsoever?

This year, come November 8, we can send a strong message.  To honor the dead, we must demand victory and unconditional surrender from all our enemies.