Original at United with Israel

Editors note: We at the USA Transnational Report has been covering the thawing of relations between Israel and the Arab countries for some months. The geopolitical map in the Middle East has changed totally.

In a true sign of change in the Arab world, Kuwaiti media personality Yousuf ‘Abd Al-Karim Al-Zinkawi called on all Arab and Muslim states to recognize Israel, openly and without delay, and stop calling it “the Zionist Entity” or “the Israeli occupation,” terms which undermine Israel’s legitimacy.

In an article published in the Kuwaiti daily Al-Siyassa on Saturday, he argued that by sitting alongside Israel at the United Nations, these states have already effectively recognized the Jewish State and they should learn from countries like Qatar and Oman that take a pragmatic approach to Israel and maintain ties with it openly.

Al-Zinkawi writes that the vast majority of the world effectively supports Israel’s existence, and the Arab states have begun to move in that direction and should complete the process.

“The very presence of the Arab and Islamic states in the UN General Assembly, under the same roof as the Israeli delegation, means… that they recognize Israel. Otherwise, what is the meaning of their presence [there], alongside Israel, which they do not recognize? All those Arab and Islamic states that do not recognize Israel, if they have courage, let them stand before the members of the UN General Assembly, or in a session of the [UN] Security Council, and declare that they do not recognize Israel,” Al-Zinkawi challenges them in the Al-Siyassa, according to a translation by the Middle East Media Research Institute (MEMRI). 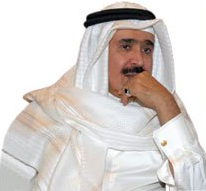 “Qatar and the Sultanate of Oman deal with the reality of Israel pragmatically, and recognize that it is a fait accompli that we cannot ignore.” Despite changes since, these Arab countries maintain bilateral relations in various domains with Israel. “These relations existed openly and directly.”

“The countries that have established ties with Israel understood reality as it was and took active steps to deal with it. The first and foremost of them is Qatar, which recently hosted a beach volleyball tournament, in which Israel took part a few days ago. If for decades we have been maintaining indirect ties with Israel, by means of Israeli companies that [operate under the flags of] other countries – and most Arab and Islamic companies and businessmen are aware of this ridiculous reality – why should we keep up this political charade, and until when?”

Dramatic Shift In The Middle East
Since the Arab Spring and over the course of the past half-decade, the Arab countries’ stance towards relations with Israel has shifted dramatically, while a growing number of Arab policy makers have publicly supported open and full relations with the Jewish State.

Gold said Israel maintains contacts with “almost every Arab state, as long as it then does not make it to the front page of the daily newspapers” and said there is “the willingness in the Arab world for ties with Israel under the table,” terming at as a “dramatic change.”

In February, Prime Minister Benjamin Netanyahu called for a change in the way countries that have ties with Israel display and express them publicly, adding that Israel is experiencing a dramatic and positive shift in its ties with many countries, and primarily with the Arab world in the Middle East.

“Major Arab countries are changing their view of Israel…they don’t see Israel anymore as their enemy, but they see Israel as their ally, especially in the battle against militant Islam,” he said.

By: Max Gelber, United with Israel

Previous PostHow Many More Lies Are We Really Willing To A...
Next PostJJ McCartney Show – with Wallace Bruschweil...