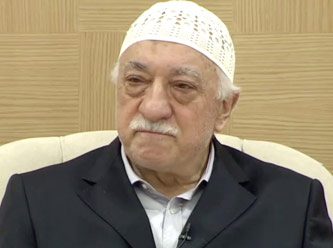 Original at Family Security Matters, by our friend Alan 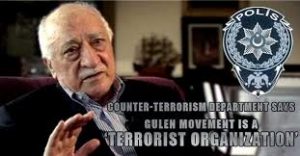 The Atlantic Institute will be partnering with the Maitland Holocaust Center and the Interfaith Council of Central Florida on a special program entitled, Is History Repeating Itself? Jewish and Muslim Immigrant Experiences in America, scheduled for Thursday February 25, 2016 at the Holocaust Center, 851 N Maitland Avenue in Maitland, FL.

Recently, FBI agents carried out raids at 19 Gülen Charter schools in Illinois, Indiana and Ohio as part of an “ongoing white-collar crime matter.” The investigations are still ongoing however, this is a clue the Atlantic Institute and the Gülen Movement are not all about interfaith peace and love.

IBTimes, Michael Kaplan reports on 10/29/15,  “Fethullah Gülen has been placed on Turkey’s most wanted terrorist list along with leaders of the Islamic State militant group…the Turkish government seeks Gülen’s extradition from the U.S.”  This is a clue there is a serious terrorist problem with the Gülen movement’s leader, Mr. Gülen.

In the sermon below, Gülen explains how he is an Islamic Law supremacist without fear or remorse.

“You must move in the arteries of the system without anyone noticing your existence until you reach all the power centers … until the conditions are ripe, they [the followers] must continue like this. If they do something prematurely, the world will crush our heads, and Muslims will suffer everywhere, like in the tragedies in Algeria, like in 1982 [in] Syria … like in the yearly disasters and tragedies in Egypt. The time is not yet right. You must wait for the time when you are complete and conditions are ripe, until we can shoulder the entire world and carry it … You must wait until such time as you have gotten all the state power, until you have brought to your side all the power of the constitutional institutions in Turkey … Until that time, any step taken would be too early-like breaking an egg without waiting the full forty days for it to hatch. It would be like killing the chick inside. The work to be done is [in] confronting the world. Now, I have expressed my feelings and thoughts to you all-in confidence … trusting your loyalty and secrecy. I know that when you leave here-[just] as you discard your empty juice boxes, you must discard the thoughts and the feelings that I expressed here.”

To date, Huseyin Peker Executive Director of The Atlantic Institute in Orlando, FL has not publicly condemned these problematic statements from their spiritual leader Mr. Fethullah Gülen, the designated terrorist.

Coincidentally, Pam Kancher, Executive Director of the Maitland Holocaust Center, is also on the Advisory Board of The Gülen Movements Atlantic Institute.  One can only guess she didn’t do a Google search on the Atlantic Institute and Mr. Fethullah Gülen before partnering with them.  Perhaps it is this interlocking Board of Directorships that drives Ms. Kancher to blindly allow The Atlantic Institute to dictate their false narrative there is a moral equivalence between Jewish immigrants from the 1900’s to WW2 and the current Syrian refugee’s.

What The Gülen Movement Is Selling

The Atlantic Institute is promoting the February 25th event this way, “It’s difficult to imagine any political discussion today that does not include some mention of immigration. There are increasing concerns about border security, and ongoing debates about who we will allow in to our country and who we must keep out.

For the Jewish community, particularly among Survivors and their families, this concern feels in some ways like their own history.  Jewish immigrants to America at the beginning of the 1900s and up to WWII era faced many of the same types of suspicions that Muslim-Americans, particularly immigrants, face today.”

Jewish Persecution Has More In Common With The Syrian & Yazidi Christians

Joel B. Pollak, in his 11/17/15 article, Why Syrian Refugees Are Not Like Jewish Refugees in WW2, makes this compelling observation challenging the entire premise of the Feb 25th event at the Maitland Holocaust Center.  Mr. Pollak says, “Jews were singled out for persecution by the Nazis, not (initially) fleeing an ongoing war. If anyone has a unique moral claim that parallels the Jews of Europe, it is the Syrian Christians, Iraqi Yazidis, and other minorities being persecuted by radical Islamist forces in the Middle East. But that is not true of the broader wave of Syrian refugees. That is not to blame them for the war, but it does suggest there is a good moral case for distinguishing among refugees, rather than admitting all who wish to come.”

Dig a little deeper into the Gülen Movement and you find FBI raids, Turkey designating Mr. Gülen a most wanted terrorist, and Mr. Gulen’s use of spycraft to violently spread strict Islamic Law after infiltrating governments power centers, as articulated in his sermon above.

The Atlantic Institute scored a big propaganda victory being invited inside the hallowed halls of the Maitland Holocaust Memorial Center in a deceptive effort to raise the status of Syrian refugees off the backs of persecuted Jews from the pogroms to the Holocaust.  I’m confident behind closed doors the Gülen movement and the Atlantic Institute are pleased how easily manipulated the Maitland, FL Holocaust Memorial Center’s leadership is.

If Pam Kancher, Director of the Maitland Holocaust Center, is sincerely looking to dialogue with a true Muslim reform group; I suggest she contact my friend Dr. Zuhdi Jasser, founder of the American Islamic Forum for Democracy (AIFD).

Family Security Matters Contributing Editor Alan Kornman is the regional coordinator of The United West-Uniting Western Civilization for Freedom and Liberty. His email is: alan@theunitedwest.org

Previous PostAre we faced with a Nightmare Scenario Regard...
Next PostSyrian/European Refugee Resettlement Program