For the Confused Media: A Dummy’s Guide to Immigration and Refugee Problems 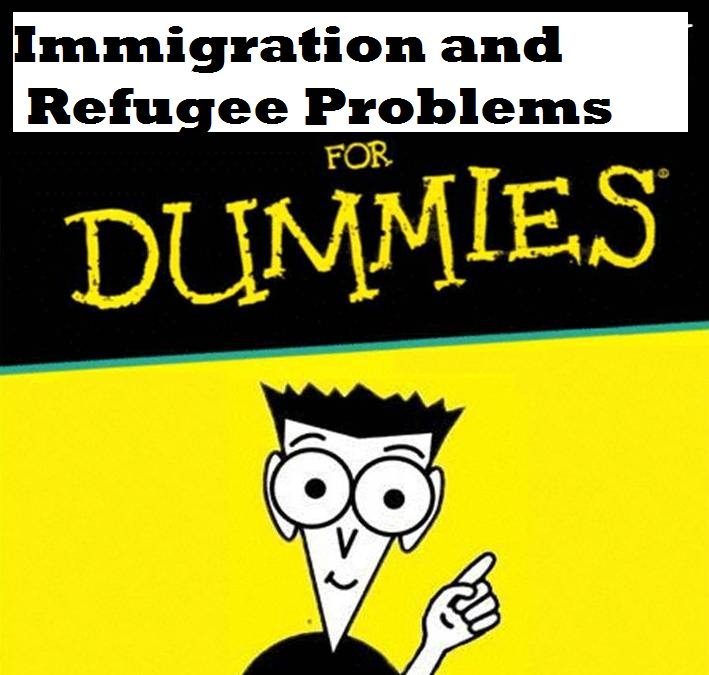 With the Syrian (so-called) refugee crisis ubiquitous in the headlines, the media has found itself dealing with immigration issues on a daily basis.  Unfortunately, extreme confusion abounds.  The media’s total inability to draw basic distinctions regarding immigration to the United States, both legal and illegal is harming the public’s ability to digest this important topic.  Immigration terms are being thrown around print media, radio, and television that have no relation to the real facts or existing laws.

The following is the dummy’s guide to some of the most important distinctions regarding legal and illegal immigration to the United States.  It is sincerely hoped that this will help to end the erroneous reasons and multitude of excuses offered by the media on a daily, almost hourly, basis.

Refugees should not be considered a part of the immigration system, legal or illegal.  The Refugee Resettlement program is administered by the federal government (U.S. Department of State) and the United Nations.  In the U.S., the program is managed by politically-connected NGO’s (including many who are connected to the Catholic Church), and who receive money per refugee they process.

According to the Center for Immigration Studies, “Across the U.S., there are 340 cities, counties, and states that are considered “sanctuary cities”.  These jurisdiction[s] protect criminal aliens from deportation by refusing to comply with ICE detainers or otherwise impede open communication and information exchanges between their employees or officers and federal immigration agents.”

In other words, these are cities, counties, and states where existing federal law is intentionally ignored by local authorities.  For a map of these places, click here.

The entry checks for immigrants are sophisticated (ten-finger prints, pictures, and names).  But there are no checks whatsoever regarding their exit.  Therefore, it is impossible to provide accurate figures on overstays, illegal entries, etc.

The American immigration system is abused through both legal and illegal channels.  Because of the complexity of the issue, the media regularly confuses and/or conflates the problems associated with the system.  Despite the challenges and complexities, the laws already exist to enforce immigration and ensure the integrity of the system, and in turn keep Americans safe.  Special time and effort should be dedicated to develop and implement accurate and feasible exit procedures.