Life During the Pandemic (and afterwards) 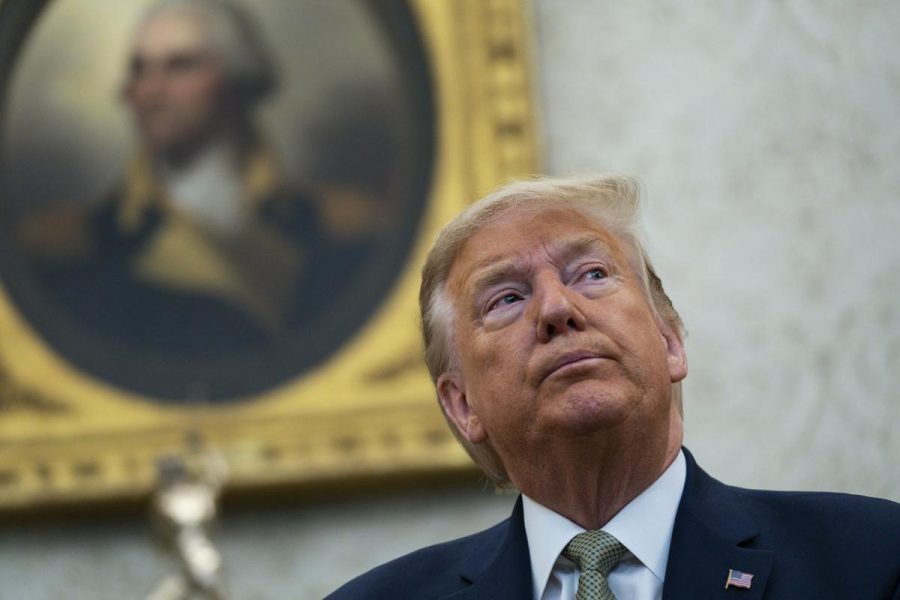 Through personal conversations, and by listening to statements from politicians (federal, state, local, and international) and media pundits, it is apparent that very few people, if any, are prepared to think through the implications and consequences of what we are facing today.  The purpose of this article is to provide some context, insight, and – modestly – foresight into the current crisis created by the coronavirus (aka Covid-19, aka the Wuhan virus).

The next two to three months will be a period that we have to go through all together, and will come out on the other end changed.  This applies to us individually as well as to various facets of our society – commercially, politically, culturally, and financially.

Let’s start with the obvious: to slow and finally contain the spread of the virus, there is no alternative to total lockdown.  We must isolate ourselves as much as practically possible.  Although the virus is most lethal in the elderly population (80+), any person regardless of age can contract and transmit the virus.  Therefore, people of all ages are equal opportunity vectors.  Lockdown measures have been applied in China, Italy, and Spain, and will almost definitely be used throughout Europe and the United States within the next few days.

What does that look like?  In Italy, for example, you are not allowed to travel outside your zone unless you have written form permission.  The list of exceptions is limited: for example, if you have an elderly relative to visit, if your job requires your physical presence (hospitals, delivery services, supermarkets, pharmacies), or your role in society is essential to keeping order (e.g., law enforcement) or ensuring survival (food and pharmaceutical production and distribution).  Police checkpoints enforce the rules; violators are fined, potentially jailed, and (if not jailed) sent back to their zones.

Locking down the United States for a period of two to three months (following the example of China and others) presents a unique set of challenges.  Each state will likely implement their own protocols.  The specific measures may reach down to the county level, with discretion given to police departments or sheriffs.  Specifics will be negotiated, or are more likely already negotiated, between parties at the governmental and corporate level.  The United States is leveraging contingency plans we all wish we never had to use.  The private sector will play an active role in distribution and planning: Walmart and CVS, and surely others, will serve as distribution points.  Google is assisting with the testing website.  Insurance companies will pay for the tests, as their contribution to the effort.  Pharmaceutical companies are working in concert to develop a vaccine.  More on vaccines later.

Logistics become the primary economic challenge.  Movement is very limited.  Schools and many businesses must temporarily be closed.  The National Guard may be used to distribute food and other vital supplies, and to help enforce the rules.

If this sounds Draconian, consider that the last time the United States government took comparable sweeping actions for any extended period of time (for a completely different reason) was during World War II.  (The same, incidentally, can be said for Italy, France, U.K., etc.)  But given the risk to the whole US, and global, population there is no absolutely reasonable alternative.  The implications that result from our almost definite future – lockdown – are sprawling and profound.

The stock market is basically a predictive engine. Since concern about the virus has proliferated, the Dow Jones Industrial Average is down from an all-time historic high of 29,568 to 23,85 (6,382 points down).  That’s a 21.5% economic drop already (from what we once expected).  For many investors, especially savers, this probably means a mainly paper loss.  But it is useful information because it provides a barometer of what we should expect.

Disruptions in travel and supply chains mean lost opportunities and lost revenues.  Business plans for the next 9-12 months will all need to be entirely reevaluated, and many postponed until it is possible to end isolation.  Restaurants and other small businesses face a strong threat of bankruptcy.

In Israel, which has a mandatory two-week quarantine for anyone (including citizens) entering the country, the airline El Al has told 75% of their staff to stay home.  It is not unreasonable to expect all major airlines to be in a similar position shortly.  Eventually, even though these measures are temporary, they have real economic consequences down to the employee and family level.  We suspect that two things will occur: the government will make low or no interest loans available, sustaining the majority of businesses through the period.  And businesses, with their bottom lines chopped, will use it as a pretext for retiring some “dead wood.”  Nice or not, that’s how things often work in the real world today.

Further economic relief will likely come in the form of tax breaks, tax deferments, and, as already announced, elimination of interest on student loans (expect other loans to be added to that list where and when possible). The Fed just cut interest rates to between 0.00-0.25%.  They did this in coordination with their international counterparts.  What effect will this have on credit card or mortgage debt – of an individual or business – with a 20% or 6% loan?  What will be acceptable rates in today’s situation?

All of these government tools, along with the equally complex situation in the financial markets, need to be thought through by officials and their private sector counterparts, and come to an agreement to put into practice.  This all takes time, and no doubt these discussions are ongoing right now.

Once the crisis has ended, our entire approach to pandemics, in the United States and globally, will be (better be) overhauled.  The US dependence Chinese on manufacturing for our pharmaceuticals and other critical medical supplies will come into sharp relief, and the American pullback will have further economic consequences, as countries around the world reevaluate their dependence on China.  Reverberations will be felt for years, if not decades.

Hopefully, part of our future vigilance will be proactive development of vaccines against particularly virulent virus types.  On the hope for a coronavirus vaccine, it is a solution for a future date.  Let’s assume that one was discovered today.  We would still need to manufacture hundreds of millions of doses, and then deliver those injections to hundreds of millions of people.  If we really want to solve the problem, taking into account the global population, we need to inject billions.

So, to reiterate: for our immediate future, the vaccine and talk of one is irrelevant.  Let that continue in the background among the experts.  Today’s situation will be controlled without a vaccine, i.e. through lockdown and self-isolation, or it will not be controlled or solved at all.

Internationally, going forward leaders will have to be ready for pandemic control.  The WHO’s broad failure should result in dramatic and lasting changes.  Each country will certainly have to rewrite their pandemic playbooks.  A few days ago, the European Council President and European Commission President scolded President Trump for not consulting him before enacting the travel ban with Europe.  This is unhelpful and unserious: no country should ever ask permission to protect its own people.  The ban is for Schengen area due to lack of borders, so it was banned as a whole (including Switzerland).

A word on politicians: Every mayor, governor, president (etc.) is taking advice from their experts in this area.  President Trump, for example, is not setting policy based on politics but on scientific advice from the government’s top epidemiologists and infectious disease doctors.  CDC, HHS, and their partners are running the show now.  The President has to coordinate the entire effort, but in terms of the containing the disease the professional bureaucrats rule the day.  Let them, for they know best.

President Trump’s efforts have, at times, felt frustratingly slow.  As Americans, we assume that our government had the ability to test all of us in the event of a pandemic.  We now know this was not true.  They are developing, on the fly, a new system that should have been thought of and implemented 10, 20, or just 3 years ago.

It’s easy to say “we should have been prepared.”  Hindsight it always 20/20.  Although our response feels bumbling, it is equally true that the knowledge that something like this could happen with a coronavirus has been known to the scientific community for decades.  Although this may be the “novel coronavirus,” coronaviruses and their treat to human life is anything but novel.  We, as societies, are now exposed as negligent to prevent, detect, and vaccinate against such diseases.  Who do we blame for that?  The “experts?”  Sure.  But also get a mirror.  (We will, too.)

For Trump’s part, we can only offer this prognosis: he must embrace this challenge, or he will fail to be reelected.  From the outset his presidency has never sought to be at war; he has fought to end our foreign military presence across the globe.  His focus was always economic and cultural.  In this moment, however, we are on a wartime footing and must be prepared to stop the virus.  The economy will suffer, obviously, but wartime leaders who guide their people through incredible hardships are, in history, the most beloved ones.  (How popular is Calvin Coolidge today compared to FDR?)  We believe that President Donald J. Trump has strength, fortitude, and an exceptional, professional team around him to rise to the unforeseen and incredible occasion.  It’s a hell of a way to finish a first term, which will decide not only November but also the fate of hundreds of millions, nationally and internationally.