Sodom and Gomorrah – Is this the mirror of today’s society? 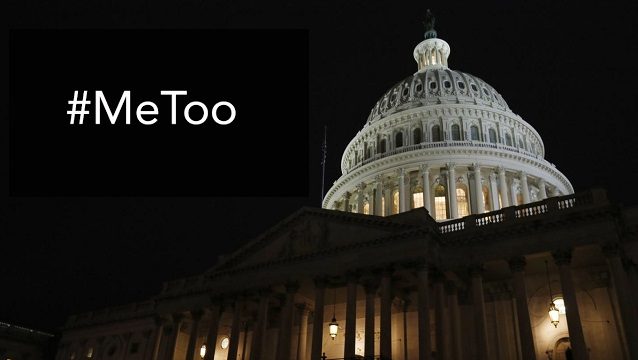 Reading the constant newspaper headlines over the past weeks and months, it’s high time we ask ourselves: are we living in a modern day Sodom and Gomorrah?  These Biblical cities were infamously smote by God’s righteous cleansing by a rain of fire and brimstone; what will we do to rectify today’s situation?

The number of cases of sexual harassment/abuse from society’s so-called “elites,” (and since they run the media, government, and Hollywood, “elite” is no idle label) points to a disturbing – and, frankly revolting – number of sexual criminals running our country’s government and influential industries.  From Harvey Weinstein to Charlie Rose to Bill Clinton, the highest level of our society is veritably infested by sexual predators who know neither morals nor consequences for their destructive actions.

Adding insult to injury, we recently learned that Congress has operated slush fund to pay out various victims of sexual, racial, and handicap abuse since 1995. Under the Congressional Accountability Act (CAA) of 1995, they are required to report on the payouts from this fund, although under a convenient cloud of half-disclosed information.

According to the Office of Compliance (compliance.gov), Congress has paid out more than $17 million from 1997 – present day (20 years).   This figure encompasses 264 individual cases, which include “overtime provisions of the Fair Labor Standards Act, the Family and Medical Leave Act, and the Americans with Disabilities Act.”

Here are some questions to consider in the aftermath of this stunning and disgusting revelation:

Proposed Reforms for the Rotten Core

In the days since we have learned of this horrifying tax payer-financed fund, there have been calls for reform.  Up to and including President Trump, many people have been calling for Congress to disclose immediately the names of the criminals/offenders whose actions led these payouts.  Here are our two simple, humble recommendations which should be implemented as soon as possible:

Since the passage of Obamacare and its exemptions of Congressmen/women, it is commonplace to assert that elected officials should be subject to the same laws and rules as citizens.  This fund for victims is the prime example!  Elected officials are no different than the people who elect them, and if they are criminals they should be subject to the same investigations, arrests, penalties, and consequences.

We, the People, Accuse!

What type of a society accepts rulers that act like animals without morals or scruples?  What is now considered “normal” by our society?  Is the right to routinely abuse women and men, (and dare we ask, children, too? Cf. Dennis Hastert) a reward of winning elected office?

What type of society accepts men in power who prey on women/men/boys/girls, ruin their lives through traumatic experiences, and worst of all pays for these crimes through our provided tax dollars?  This is a pox on our house that we cannot afford to ignore.

This appalling revelation of a tax-funded slush fund should not go unnoticed.  For example, recent accusations against Al Franken (D-MN) should not lead to 1 cent being paid out on his behalf.  All compensation money should come from Franken’s own pocket – PERIOD!

The Clintons, Bill and Hillary, ushered into Washington a disgusting culture of casual abuse and, yes, rape and pedophilia.  The phenomenon, however, affects both parties and cannot and should not be looked at in a partisan manner.

It is our right – no, it is our duty – as citizens, as a civilized and moral people, to demand accountability and an absolute end to these criminals’ careers as lawmakers.

This is your government, and damnit it’s your country!  Don’t let them off the hook this time!

Previous PostWallace S. Bruschweiler & William Palumbo​ ...
Next PostLook Ahead in the Middle East: 6-12 Months in...