Look Ahead in the Middle East: 6-12 Months in a Crystal Ball 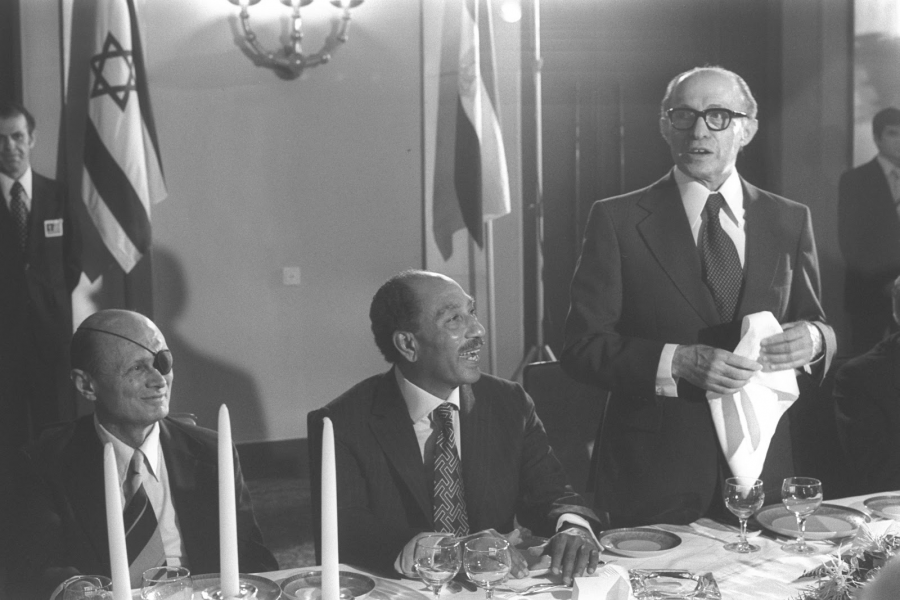 Is it Utopia or Reality?

The purpose of this article is to examine the current and rapidly developing trends in the Middle East, and attempt to project likely scenarios in the near to middle-term future.  Only time will tell if what we are projecting as possible is a utopia, or will in fact become reality.

In June 2009, then U.S. President Barack Hussein Obama went to Cairo and delivered a speech at Cairo University.  It was co-hosted by Al-Azhar University, the preeminent theological seminary in the Islamic world.  Observing this speech from the front rows – specifically requested by Obama – were members of the Muslim Brotherhood, the umbrella organization of Islamic terror, from which groups like Al Qaeda, the Abu Sayaff Group, and ISIS are ultimately derived.

This speech, entitled “A New Beginning,” was the thematic basis for the Obama presidency.  Ultimately, the administration would back the Muslim Brotherhood (and other, aligned terrorists groups) in the so-called Arab Spring to overthrow the existing governments in Tunisia, Egypt, and Libya (while ignoring a genuine uprising in 2009 in Iran, see here).  Syria and Jordan were also targets of these Arab Spring uprisings.  Fast-forward to 2015, and the Obama administration had completed what they consider their crowning foreign policy achievement: a “nuclear deal” with Iran, that the administration claimed would prevent Iran from acquiring nuclear weapons and the requisite rocket technology to deliver the warheads.  In praxis, however, the deal legitimized Iran internationally, increased their regional prestige, and emboldened their territorial ambitions – see Syria, Iraq, and Yemen.

The net-net result of Obama’s backing of the terrorist Muslim Brotherhood and the terrorist regime in Tehran was a reckoning between several regional powers who had, and have, an interest in containing Iranian influence.  In particular, Egypt, Israel, and Saudi Arabia – notably, all historically American allies – are coordinating and acting to check the expansion of Iranian power while simultaneously attempting to contain the spread of terrorism, which routinely reaches the shores of Europe and America.  Moreover, the struggle today largely breaks down into a Sunni (led by Egypt and Saudi Arabia) vs. Shiite (led by Iran) confrontation.

Probably the most visible and promising changes to the region are happening in Saudi Arabia, under the rule of its young and reform-minded Prince, Mohammed bin Sultan (aka “MBS”).

When President Donald Trump traveled to Riyadh on his first-ever trip abroad, he famously placed his hands on a glowing purple globe, alongside King Salman and President el-Sisi of Egypt.  At the time, the symbolism was not completely understood.  Today, however, we can put it simply: with that act of pageantry, he signaled to the world that he would reverse Obama’s failed “diplomacy” and embrace the new alliance that had already formed.  In recent weeks, evidence is overwhelming:

Prime Minister Benyamin Netanyahu undoubtedly recognizes the historical import of the moment, as the Arab world, led by Saudi Arabia, seems likely to reach a lasting peace with the Jewish state.  The opportunity also presents a unique chance to finally settle the Palestinian problem in Judea and Sumaria (i.e., West Bank).

In addition to the developments above, Israeli policy can be observed through the lens of the following events and trends:

As president of the most populous Arab country, el-Sisi has led the calls for reform of Islam since his coming into power.  Not only did he call out the Imams at Al-Azhar for promoting murder of non-Muslims, but he has remained dedicated to eradicating the Muslim Brotherhood’s influence within Egypt.  In conjunction with aggressive military operations against neighboring terrorists, this puts el-Sisi in a serious security dilemma.

The Hashemite Kingdom of Jordan has, for decades, worked with Israeli and western security services.  King Abdullah Hussein of Jordan, a western-educated Arab ruler who dresses in a suit, faces an extremely delicate internal political situation.  The Muslim Brotherhood, and lately Hamas, are powerfully represented in Jordan’s government, and as such the King’s friendly stance with Israel is muted out of concern for domestic unrest.

Yemen, to Saudi Arabia’s south, is in the midst of a civil war/insurrection.  The Houthi rebels, located in former North Yemen, are being armed by Iran.  Tensions escalated with Riyadh when a second rocket was fired at King Khalid airport from Yemen.

Bashar al-Assad, with the aid of Russia, remains in control of much of Syria including Damascus, Aleppo, and Homs.  The war will enter its seventh year this January, and Assad will likely remain in control.  Israel and Egypt are not opposed to Assad’s rule, and the Russian footprint means that the territory under government control will not be surrendered.

With Iran-friendly Shiite rule in Baghdad, it is difficult to consider eastern Iraq an independent country.  Iraq is effectively divided into three territories today: a Shiite dominated center east, with Kurds in the North, and Sunnis to the west and south.

These tiny Gulf States have effectively lined up firmly behind Saudi Prince Mohammed bin Sultan.  With the exception of Qatar (see below), they are de facto aligned with Egypt and Israel.

The outlier on the Arabian Peninsula, Qatar, is defiant in the face of sanctions and diplomatic isolation by the Gulf Cooperation Council.  Qatar’s network Al Jazeera was instrumental in promoting the Arab Spring, and their insistence on maintaining excellent relations with Iran are unacceptable to their Gulf State neighbors.

Following World War I (1918) and the collapse of the Ottoman Empire (1924), the borders of the Middle East were redrawn, largely arbitrarily, creating several nations with natural flashpoints among and within themselves.  The history of last century in the Middle East is the story of these flashpoints, resulting from religious, ethnic, and linguistic divides.

An unintended consequence of Barack Hussein Obama’s support for terrorist groups during the Arab Spring, such as the Muslim Brotherhood, and the terrorist regime in Iran, is an opportunity for stable allies to force a redrawing of the map.  While a lasting peace remains elusive, it is not altogether unrealistic to expect that one outcome of this turmoil may be the Arab recognition at large of Israel, and the isolation/trimming down to size of Iran and its wide support of international terrorism.

Previous PostSodom and Gomorrah – Is this the mirror of ...
Next PostWallace Bruschweiler Interview with The Villa...