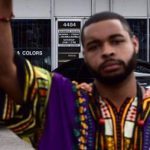 Orlando, Istanbul, Dhaka, Baghdad, Medina, Qatif, and Israel (and New York?) – the specter of terrorism haunts our world in these dangerous times. Next month, Brazil takes center stage with the Olympic Games. How are authorities assessing the very real threat of terrorism?

FBI Director James Comey gave several valid reasons as to how the FBI knew that Hillary Clinton committed a series of crimes that directly compromised national security. Then, Comey absolved her in one of most troubling displays of naked corruption and/or coercion in modern history.

Attacks in Dallas have the nation on edge – how much responsibility does the White House and media bear?

Finally, what does Israel’s future look like in Africa?

Join us Saturday as we talk about these topics and more…