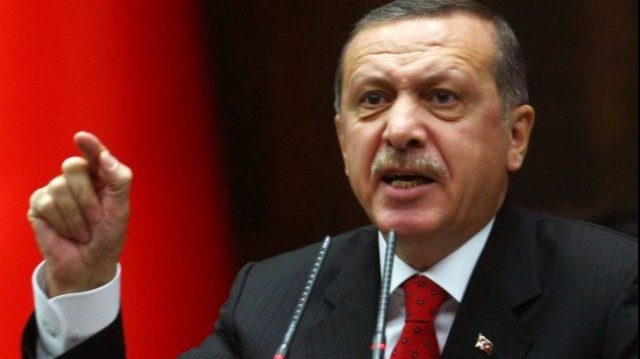 Is history going to repeat itself in the worst possible way?

It took the election of Donald Trump to the Presidency to finally begin the process of systematically dismantling the stranglehold that the Islamic State (aka ISIS, aka ISIL) had on ancient region around Mesopotamia.  After murdering and torturing tens of thousands of innocents, razing countless world heritage sites, and destroying innumerable priceless artifacts, their reign of Islamic terror is finally coming to an end.  At least we hope so.

Given the developments in a certain Middle Eastern neighbor of Europe, which we will detail shortly, it will be helpful to recall what birthed ISIS/ISIL and other groups in the first place.

The American Blunder in Iraq

In 2003, following the successful invasion of Iraq, the American government under guidance from Ambassador Paul Bremmer made the fateful decision to institute “de-Ba’athification,” i.e. the purging of Iraqis who were previously part of Saddam Hussein’s Ba’ath Party from positions of power.  This included, critically, dissolving the Iraqi Army.   At the time of the invasion in 2003 the Iraqi Army consisted of 375,000 troops.

The dissolution of the Iraqi Army was the single greatest error of the war and subsequent occupation, for it deprived 375,000 men and their families of their livelihood.  Let us undertake some basic multiplication (the exact figures here are not crucial to the basic argument).   Assume that that each soldier, on average, was married with two children.*

The natural inclination being for fathers to provide for their families, these struggling and desperate ranks began to engage in criminal activities – robbery, kidnap for ransom, racketeering, etc. – to replace their lost income.  Desperate people, after all, are fodder for unscrupulous behavior.  As time passed, such activities became increasingly sophisticated and organized.  For an apropos historical reference, a similar pattern emerged in Interwar Germany, as armed gangs, e.g. S.A. (aka “Brown Shirts”) formed following the dissolution of the German Army.

Inevitably, because of financial incentives and logistical means, terrorists in Iraq eventually merged with organized crime.   (The nexus between terrorism and organized crime is well-established in countries as diverse as the United States, Mexico, Ireland, Italy, Russia, and throughout the Middle East, South America, Africa, etc.)  The lines blurred between organized, for-profit criminality and terrorism.

Hence, it is no surprise that by the time it matured into a Caliphate, ISIS had as its commanders some of the Iraqi Army’s “best and brightest.”  The rest, as they say, is history – and we are still paying the price.

A similar situation may very well emerge in Turkey, as “President” (aka Caliph) Recep Erdogan’s post-coup purges (July 2016-present) leave tens of thousands without a means to provide for their families.  Since coming to power, Erdogan has slowly but surely been turning the clock back in Turkey.  Without getting into the nuances of Turkish politics, suffice to say that Erdogan, who is a devout Islamist, is purging a mix of Gulenists, who are a different flavor of Islamist than Erdogan, and secular Kemalists, both whom he perceives as threats to his power.  The politics, however, are far less important to this argument than practical individual and familial economic considerations.

At latest count, Erdogan’s purge has reached a total of 160,000 people, including members of the following societal groups:

Assuming similar math as Iraq, these figures render approximately 640,000 (160,000 x 4) people at minimum vulnerable to the sway of organized crime and, potentially by extension, joining terrorists.

ISIS and already has a presence in Turkey; indeed, it was ISIS that claimed credit for the June 2016 bombing of Istanbul’s airport.  As Turkey shares borders with both Iraq and Syria, ISIS has a natural opportunity to project influence and propaganda across the frontier and throughout the Anatolian peninsula.

Aside from the obvious dangers of the Islamic State growing within Turkey and threatening its institutions, there are important considerations that amplify the threat posed to the West when compared to ISIS in Iraq and Syria.  Consider:

The means (proximity to Iraq and Syria), motive (spreading the Caliphate and terrorism), and opportunity (more than 160,000 purged state and civic employees) are all uniquely in place to enable an expansion of ISIS into Turkey.  A further burgeoning of their presence in Turkey would dramatically destabilize the entire Middle East and parts of Europe.

Will the United States and our coalition partners defeat ISIS in Iraq and Syria only to chase the marauding menace into Turkey, which is ripening for radicalization?

What will the United States and our NATO allies do to prevent history from repeating itself in the worst possible way?

Should Turkey remain a NATO member?

Ataturk must be turning in his grave.

* According to the CIA Factbook, the average number of children per Iraqi woman is 4.06.