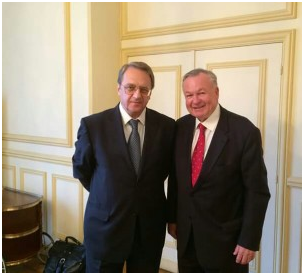 The downing of a Russian jet in Syria by Turkish fighters has shocked both Russia and NATO. And though the motives for the action are unclear, the incident is bound to have significant geopolitical consequences. What was the reasoning behind the Turkish decision to shoot down the jet, and is it likely to jeopardize the fragile diplomatic effort to reach a peaceful settlement in Syria. Oksana is joined by Paul Vallely, a retired US Army Major General, to sift through these issues.