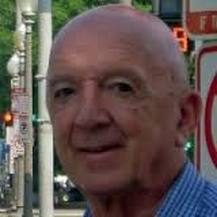 President Trump began the crucial first step in creating  permanent Peace in the Korean Peninsula.
Wallace Bruschweiler will join us to discuss the Trump – Kim Summit, Italy’s new Populist government stating they’ll no longer be “Europe’s Refugee Camp” and so much more. Wallace will be here to add clarity, insight and to answer your questions!

Attendees are encouraged to ask questions and engage the speaker throughout.