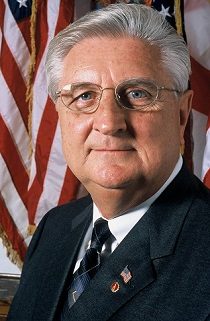 A reader sent me a link to an op-ed in the March 9 Bradenton Herald titled, “Facts about Muslim faith ignored as fear-mongering, fabrications spread.” The op-ed was written by Hassan Shibly, director for the Council for American Islamic Relations-Florida (CAIR-FL).

Shibly states in the op-ed:

“(The) Prophet Muhammad migrated to Medina to seek freedom of religion and fought several defensive battles while building alliances with Jewish and Christian communities.”

In August 2014 Shibly tweeted that “Israel and its supporters are enemies of God and humanity.”

So which is the correct interpretation of Mohammed? Which of these statements is the real Hassan Shibly?

It is impossible to understand Islam and Muslims by listening to their protestations against terror and their proclamations of patriotism for America. Usually, it is wise and fair to give people the benefit of the doubt, but when it comes to national safety and the future of America, we had better look twice, even thrice at Muslim patriotism.

Why? Because Islam permits lying! It is called “al-Taqiyya.” One Muslim said that al-Taqiyya means dissimulation, then he expanded it to diplomacy but he should have gone further to deception.

Now some Muslims who do not follow the Koran are as faithful Americans as any of us, but the problem is we cannot know.

Dr. Boys notes, “Muslims are permitted to lie: (1) to save their lives, (2) to reconcile a husband and wife, (3) to persuade a woman into a bedroom and (4) to facilitate one on his journey. Muslims are even permitted to disavow Islam and Mohammed if it is not a genuine heart-felt rejection. Muslims will tell you that concealment of a truth is not an abandonment of that truth if it benefits Islam.”

Shibly states in the op-ed, “I am scared.” Is he facilitating deception in his journey to bring Islam to America? That is the question.

Shibly blames the Muslim migration to Europe on American foreign policy, stating, “In reality, the migration we see is a direct result of our failed foreign policy that destabilized the Middle East, such as the illegal invasion of Iraq, which led to the deaths of hundreds of thousands of civilians and the birth of groups like ISIS.”

But the Islamic State (ISIS) was birthed after President Obama removed all troops from Iraq. So how can this be? Why are Muslims and Christians alike being slaughtered by Muslims in the Middle East and Africa? Answer: Because they have been for 1400 years, ever since Mohammed migrated from Mecca to Median in 622 and ended with the conquest of Mecca in 630.

It is the global strategy to establish the Caliphate.

To understand Islam, one must understand Mohammed. Shibly has stated to the author that he “traces his blood line directly to Mohammed.”

Shibly is not only a follower of Mohammed, his family lineage goes back to Mohammed.

Rich Swier, holds a doctorate of education from the University of Southern California. He is a 23-year Army veteran who retired as a lieutenant colonel in 1990.

Previous PostNumber Of Refugees Coming To Michigan Expecte...
Next PostGlobal Terrorism: Behind The Scenes Of Combat...